Cardano (ADA) is the 6th largest cryptocurrency by market cap. If you want to store your ADA on a dedicated wallet, the most popular wallets are Daedalus, Yoroi, and AdaLite. These wallets are considered the most secure and offer flexibility for ADA storage and staking.

Daedalus vs. Yoroi vs. adaLite 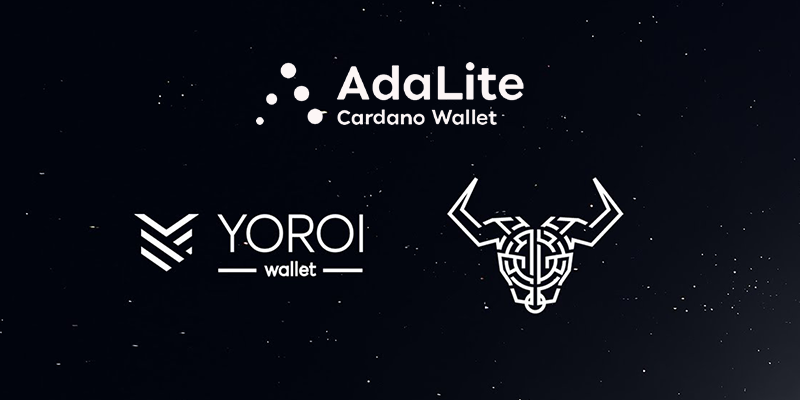 The main difference between Daedalus, Yoroi and AdaLite is in ADA's staking functionality. In terms of storage, they are almost identical and all are compatible with popular crypto hardware wallets such as Ledgers and Trezors.

One can transfer funds from Daedalus to AdaLite to Yoroi using just the ADA recovery phrase they got when they first set up their wallet. Funds can be automatically transferred to a hardware wallet and locked.

There are big differences in staking rewards and pool accessibility depending on the wallet you are using. For Daedalus, you need to run your own node and sync the entire blockchain Cardano. This can be tricky for non-tech-savvy users who want a simple wallet.

Yoroi is convenient to use and available on mobile, making ADA deposit and withdrawal easy. Yoroi wallet is highly secure and offers a great alternative to Daedalus. AdaLite has nearly identical functionality, but it also has the benefit of allowing users to spread their ADA across different stake pools to maximize their staking rewards.

The features you value most should help you determine which wallet is best for you. For large holders who hold millions of ADA, Daedalus is the best wallet because it was developed by IOHK (the foundation responsible for Cardano) and will always be updated.

However, this wallet requires 10GB of storage on your hard drive and is not recommended for most holders who don't have hours to set up and download the blockchain. Yoroi and AdaLite are best for users who want easy access to their ADA without complex procedures.

Please note that you can choose multiple wallets. A user can always regain ADA access from one of these wallets to another. ADA can be transferred from Daedalus to AdaLite in one second using the recovery phrase you got when you created your ADA wallet.

ADA betting on Daedalus vs. Yoroi vs. adaLite

According to data aggregator StakingRewards, ADA is among the top five most decentralized cryptocurrencies. More than 71% of the circulating supply of 33 billion ADA is currently staked on the blockchain.

ADA staking allows you to earn rewards on your ADA by locking it in for a certain period of time. All the wallets we are reviewing today have staking options – this is one aspect where they are all identical.

If you store your ADA on Phemex, you automatically have a wallet that keeps it safe. If you want to withdraw your ADA and store it on a dedicated hardware wallet or one of these wallets, you can do it with a few clicks.

The main difference between the wallets is that some provide PC access and others are compatible with mobile devices and browsers. Depending on whether you want to store your ADA on your phone or run a node on your computer, the choice should be easy. 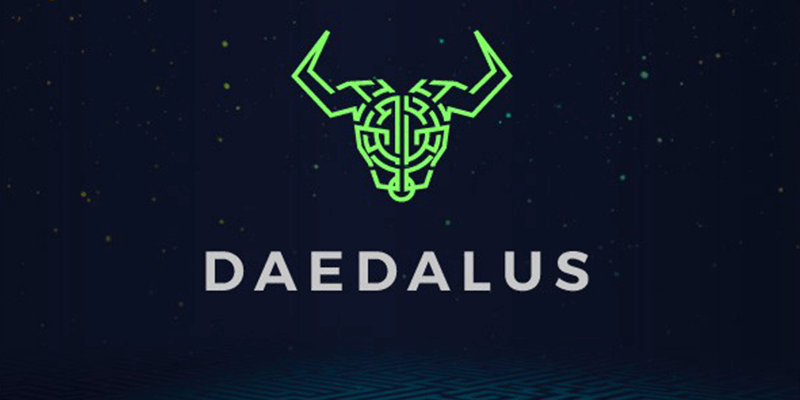 Daedalus is the best known Cardano wallet. It was developed by Cardano founder Charles Hoskinson who wanted to decentralize the currency by allowing everyone to run a node on their computer. After a user downloads the Daedalus wallet, he needs to download the entire blockchain up to the current date.

Installing Daedalus is not complicated, but it will require a minimum of 10GB of free space on your computer, plus several hours to sync the blockchain once the wallet is first opened. The wallet is not available for mobile and can only be installed on PCs. It is available for Windows, Linux and Mac machines.

Daedalus automatically distributes staking rewards when an ADA deposit is made into the user's wallet. Each install is considered a node and rewards are paid automatically. The wallet also features automatic redemption for users, which eliminates all transaction fees once the money is sent.

Hardware wallets like Ledger Nano and Trezor are compatible with Daedalus. The user sets up a new wallet with a recovery phrase, and this can be entered into other wallets to gain access to ADA (including mobile wallets).

Is the Daedlaus wallet safe?

Daedalus is the most secure and frequently used ADA wallet by ADA whales. It is protected and updated directly by IOHK and will continue to receive additional security updates and features.

The Daedlaus Wallet is an ideal choice if you want the highest security and spare memory resources to run a full ADA node on your computer. 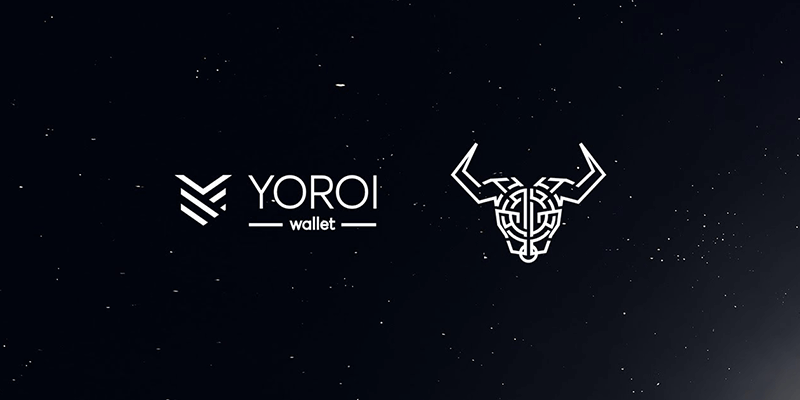 Dubbed the “lightweight wallet for Cardano”, the Yoroi is the second most used ADA wallet. Yoroi was built by Emurgo, the commercial arm of Cardano. The wallet is designed for ease of use and can be installed in a mobile app on the App Store and Google Play. This wallet also has a browser extension that can store ADA.

The advantage of Yoroi over Daedalus is that users can stake their ADA but do not need to download the entire Cardano blockchain which takes hours to sync. The wallet is automatically available for deposits.

Users can stake their ADA on Yoroi using participation delegation, but they won't be running their own nodes like they would on Daedalus.

Is the Yoroi wallet safe?

Yoroi is connected to the Cardano development team through Emurgo, a company that recently launched a $100 million Cardano investment vehicle for DeFi, and is one of the most secure ADA wallets. It is the easiest to use and offers flexibility in terms of storage. 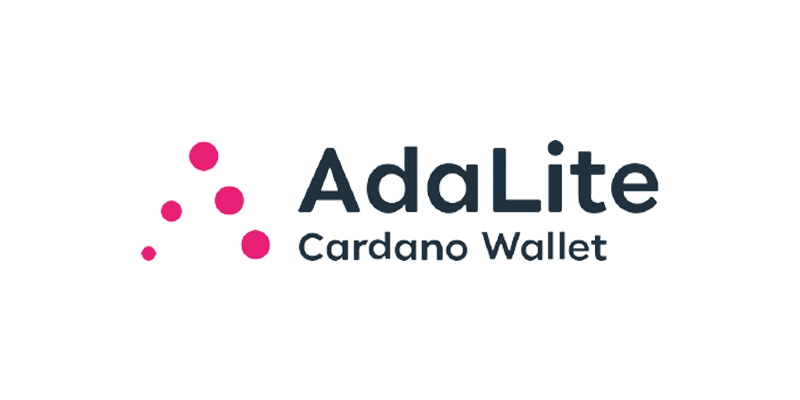 AdaLite is a popular ADA wallet developed by Vacuum L abs, a Slovak startup. VacuumLabs is not connected to Cardano, but they have developed a handy browser application that provides easy ADA storage with multi-pool delegation for staking.

AdaLite wallets can be set up online, but they also connect to hardware wallets like Ledger and Trezor. This makes it convenient to transfer funds to your hardware and bet wallet. Hidden wallets are supported in AdaLite.

The main advantage is that funds can be split at addresses other than the main address in order to delegate different ADA pools for more staking rewards.

AdaLite also uses a regular Cardano recovery seed that can be integrated with other wallets like Yoroi and Daedalus.

The only downside to betting on AdaLite compared to Daedalus and Yoroi is that they are not connected to the IOHK and wagering rewards are not automatically paid out. This means that users have to manually claim their wagering rewards and are also paying a claim fee.

Is the AdaLite wallet safe?

Yes, AdaLite has never had a security breach. However, it is not developed or supported directly by IOHK, the organization behind Cardano. If users want the greatest security to store large amounts, they should opt for Daedlaus.

The bottom line is that it depends on the user's personal preferences which ADA wallet they prefer. All Phemex users have a free ADA wallet which is safe but if they want to run their own node and stake their ADA they can download one of these hot wallets.

To protect your ADA, we highly recommend purchasing a hardware wallet and writing down your recovery phrase. This will keep your ADA safe from potential software bugs. All wallets are free to use and you can send them back to your Phemex account if you need to sell.

* PortalCripto values ​​the quality of information and certifies the verification of all the content produced by its team, emphasizing, however, that it does not make any type of investment recommendation, not being responsible for losses, damages (direct, indirect and incidental) , costs and lost profits. 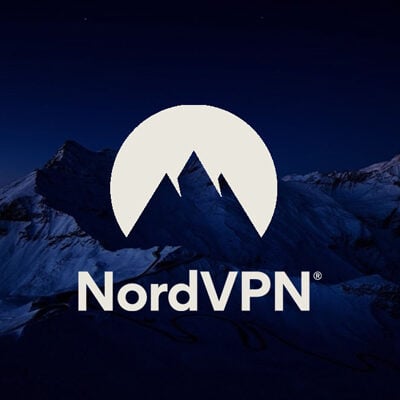 What is NordVPN: Best VPN for Crypto Trading

Dogecoin is the main currency bought by BNB whales

Vitalik Buterin says he is no longer a billionaire

What is NordVPN: Best VPN for Crypto Trading

Dogecoin is the main currency bought by BNB whales