StrongBlock (STRONG) is a blockchain protocol focused on rewarding nodes for supporting your blockchain infrastructure. The protocol notes that its mission is to create a world "where the StrongBlock Node Army supports dozens of protocols and millions of nodes." In other words, StrongBlock offers a “nodes-as-a-service” tool to allow people to participate in securing blockchains without requiring the technical expertise necessary to do so. Thanks to StrongBlock's automated processes, users don't need to know how to code or run their own server to keep the node online.

What is StrongBlock (STRONG)?

StrongBlock (STRONG) is a Node-as-a-Service (NaaS) platform that allows the creation of nodes for Ethereum (ETH), Polygon (MATIC), EOS (EOS) and other blockchains. The platform makes it easy for users who don't have technical resources to run their own node on blockchains and get rewards. The STRONG token is currently trading at $23 with a market cap of $10 million and a circulating supply of 400.000. More than 95% of the supply was burned in 2020.

Sports betting: 1xBit.com - Welcome bonus of up to 7 BTC. use PORTALCRIPTO to get a 125% first deposit bonus!

Blockchain nodes are similar to the shareholders of a company that participate in the consensus. Nodes validate transactions that are legitimate while filtering out double spend – increasing blockchain security. Depending on the blockchain hierarchy, certain nodes may have greater power than others and the ability to produce blocks. If a blockchain is made up of thousands of nodes, it is considered highly decentralized.

The StrongBlock ecosystem is one of the most influential Ethereum node services – currently managing over 15% of all Ethereum nodes. Almost 2.000 nodes are currently hosted by StrongBlock. Users can easily deposit their ETH and run a node on the platform without having to download the entire blockchain. Currently, Ethereum 1.0 is supported, but the platform is preparing to migrate from Ethereum 2.0 to Proof-of-Stake (PoS) in the near future.

How does StrongBlock (STRONG) work?

StrongBlock offers two main blockchain node services: Nodes-as-a-Service (NaaS) and Bring-your-own-Node (BYON). The first is the most used service because it facilitates the process of creating nodes. The last one is for users who already run a node on Ethereum who can bring their node into the StrongBlock ecosystem to receive STRONG rewards. Both require a minimum contribution of 10 STRONG to get started ($230 at the time of writing). 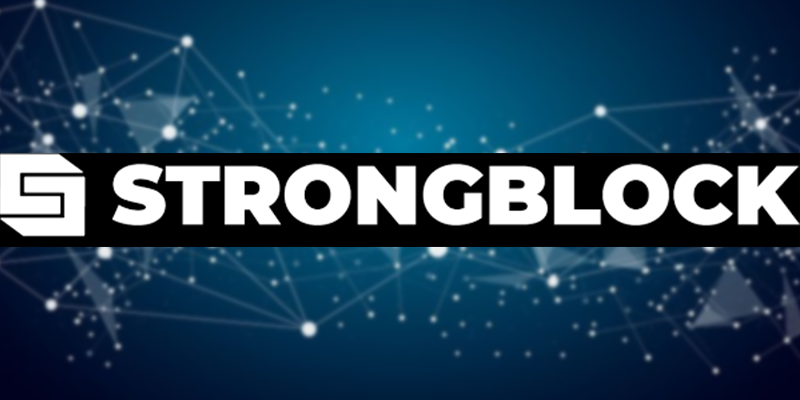 The main difference between mining Ethereum running a node of its own and mining on StrongBlock is that users mine Tokens STRONG instead of Ethereum.

NaaS stands for Node-as-a-Service. The StrongBlock ecosystem is currently running 1.700 nodes on the Ethereum network and users can join any of them or start a new node. The setup process is just a few clicks away and users must have MetaMask installed to deposit on the platform. After depositing Ethereum or one of the other supported cryptocurrencies, they can start earning rewards that are paid out automatically.

The entry barrier for the NaaS system is a one-time contribution of 10 STRONG cryptocurrencies. There are additional administration fees, set at $14,95/month. Rewards are paid after each block in proportion to the user's contribution to the network. If they start mining STRONG, they can “flag” one node for each STRONG coin. Signaling is a mechanism for trusting that the node is legitimate. If a node exhibits malicious behavior, users can recover their signal.

Bring Your Own Knot (ByoN)

Ethereum miners who already have a running copy of the Ethereum blockchain and are mining the coin with their own machines can bring their node to the StrongBlock ecosystem and join it. After joining the ecosystem, they can start receiving rewards in the STRONG token.

These users are entitled to the same benefits as NaaS users: instant payments for each block, node flagging and StrongBlock token rewards. They also have to make a contribution of 10 STRONG coins at the start. There are no monthly fees within the platform, but if they want to join the StrongBlock network externally, the fees range from $50 to $150.

❯   What is Gameta NFT: Crypto Web3 Game, Play To Earn, How to Play?

What are Strongblock nodes?

StrongBlock nodes are blockchain nodes that participate in the consensus network of Ethereum, Polygon, Sentinel and other networks. Typically, the basic requirement to run a node on a blockchain like Ethereum is to have a system with at least 36GB of RAM, 2T SSD memory and over 10Mpbs of internet speed running 24/7. Users need to download the entire Ethereum blockchain – currently sized at 990GB. They need to bring their own mining machines or stake their coins on the blockchain. The technical barrier to entry is high and only a certain number of users can participate as node providers. 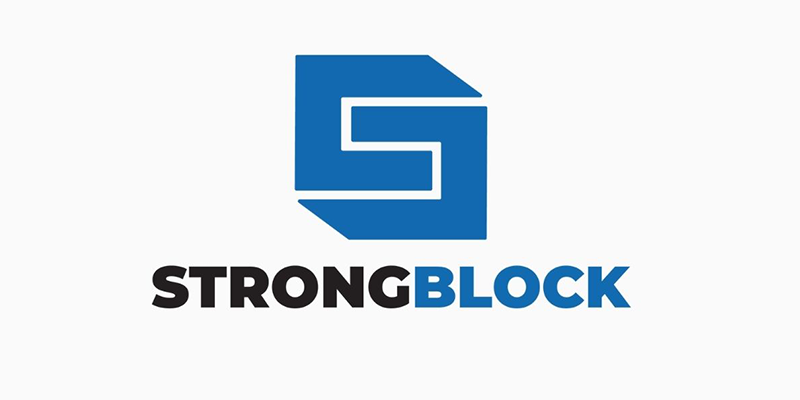 StrongBlock simplifies the process by running an active network of nodes and allowing users to start their own node using their servers by depositing Ethereum or other crypto using decentralized wallets such as MetaMask. Users need to connect to the proper RPC and deposit crypto into their wallet before starting a node. Once the tokens are deposited into the StrongBlock NaaS system, they instantly start earning rewards commensurate with their participation in the platform.

In the StrongBlock white paper, they label their NaaS rewards system a “Node Universal Basic Income” (NUBI). The principle is similar to the idea of ​​“Universal Basic Income” (RBI) in policy that would grant every adult citizen a monetary payment for existing, or as a human right. Likewise, nodes that receive rewards from the StrongBlock node are entitled to a certain amount for each block based on their contribution. The STRONG token plays an important role in this case as it is used to settle payments on the platform. Users can also choose to receive payment in NFT tokens (ERC-1155) that can be sold on marketplaces such as OpenSea.

STRONG is the protocol governance token. In November 2020, StrongBlock decided to update its tokennomics and burn 94% of the original 10 million STRONG. The total new supply of STRONG is 535.000, with a current supply in circulation of 138.000. This decision led to a huge increase in the token price from under $50 to an all-time high of nearly $1.200. The token serves as a reward for operators running the nodes on Ethereum and as a means of voting on the governance of the protocol.

Where to buy the STRONG token?

STRONG cryptocurrency can be traded on the following exchanges:

In 2025 according to our crypto price prediction index, STRONG is expected to cross an average price level of $49.12. The minimum expected price of Strong at the end of the current year should be $45.36. Furthermore, STRONG can reach a maximum price level of $50.06.

StrongBlock offers nodes that support the Ethereum network and can be purchased as a service or brought in by the users themselves. More than 350 nodes have been registered by the community for rewards, with node service being the main value proposition of the protocol, which most users find interesting. Instead of spending thousands of dollars on setting up a node system, users can join their existing StrongBlock network with a smaller contribution and reap the rewards of a full node operator.

* PortalCripto values ​​the quality of information and attests to the verification of all content produced by its team, emphasizing, however, that it does not make any type of investment recommendation, not being responsible for losses, damages (direct, indirect and incidental) , costs and lost profits. 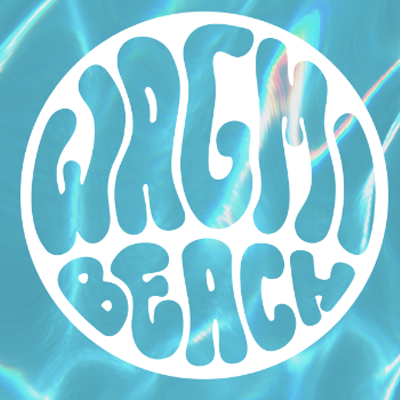 What is WAGMI Beach: entertainment platform in Solana? 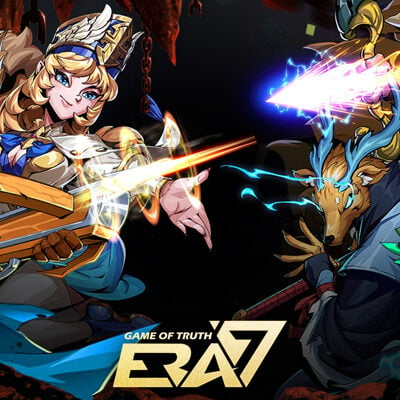 What is Gameta NFT: Crypto Web3 Game, Play To Earn, How to Play? 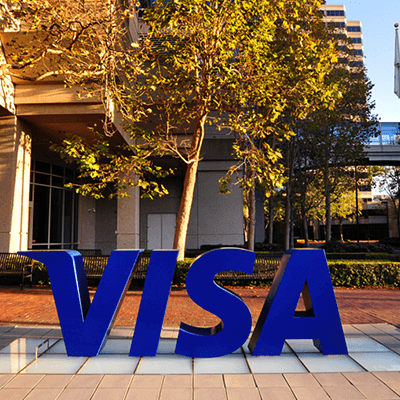 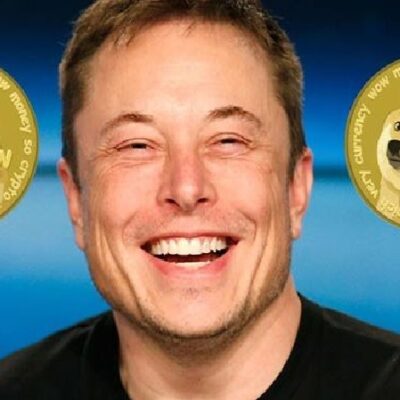 What is WAGMI Beach: entertainment platform in Solana?

What is Gameta NFT: Crypto Web3 Game, Play To Earn, How to Play?